The Preliminary Occurrence Report of TRA’s Train No. 3297 at Longtian Station

On August 6, 2022, the Local Train No.3297 of Taiwan Railways Administration, MOTC (TRA), departed from Houli station and was bound for Tainan station. The underframe of the Car No.1 was on fire when the train entered Longtian Station at approximately 23:38. The TRA staff put out the fire with extinguishers. No casualties were reported in this occurrence.

After receiving the notification, the Taiwan Transportation Safety Board (TTSB) dispatched two investigators with the staff of Railway Bureau, MOTC and TRA heading to the scene to perform evidence and relevant information collection. The TTSB identified this event as a railway occurrence according to the Transportation Occurrence Investigation Act. The Investigator-In-Charge was assigned and an investigation team was launched to conduct the investigation.

Further information and progress of investigation for the case will be published on the TTSB website. 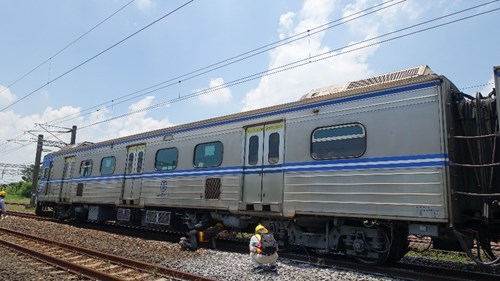